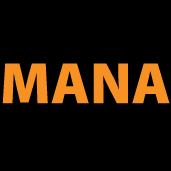 A group for people interested in achieving Hawaiian independence, demilitarization, economic sovereignty, and human rights. This group is moderated by MANA (Movement for Aloha No ka Aina), a new organization. New members are welcome! 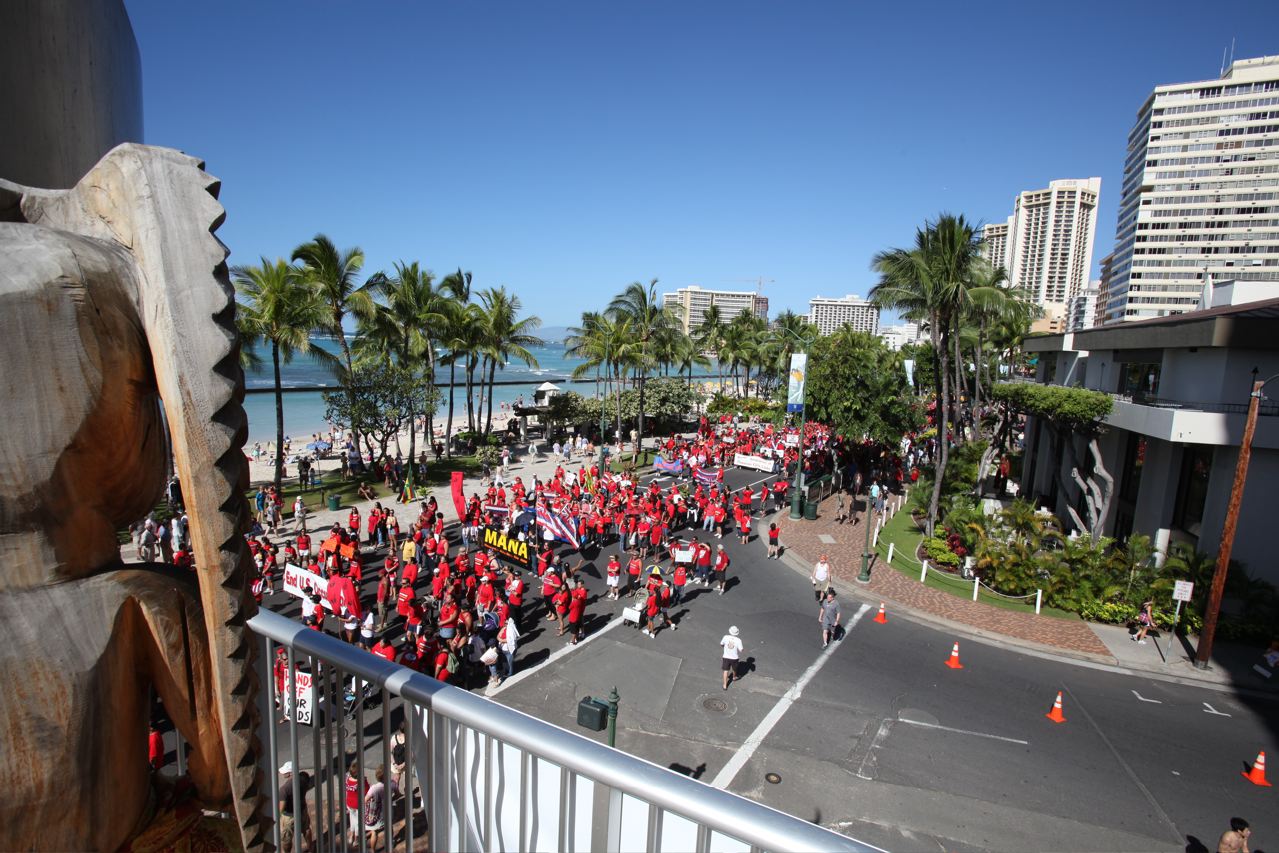 Kaohi: Aloha 169 people we have had a rush on cyber space Maoliworld with prescription drug dealers! 1 Reply

How do we divide the land once we get it back? 12 Replies

You need to be a member of MANA: Movement for Aloha No ka Aina to add comments!

>Aloha Kamaunu,
>
> This statement by Inouye
>
> "We are here this morning to consider a measure that would restore the government that represented the Native people of Hawaii to its rightful status among domestic sovereigns of the United States, in the same manner that other governments representing the Native peoples of the United States are recognized by the Federal Government."
>
> leaves no room for error! He's trying to "sound" like he's helpping us get our National Sovereignty back, but really what he's doing ia specifically meaning/recognizing us ethnic Hawaiians as Native Amercian//Alaskan Tribes.....all "domestic sovereigns of the United States"
>
> The quick switch-a-roo!

However, Inouye is doing all that he can - in his capacity as an american senator in the u.s. congress - where, even if he had our good intentions in mind - without proposing some kind of treaty that would reverse all the "shitty" history that the u.s. has dumped upon us - but really cannot give us what it (america) took from us by stealth, deception, misrepresentation and fraud back in the 1890s - our independence.

So, garbed in the the golden-voiced cloak of paternalistic bombast - he can only provide us with the status of a dependent "domestic sovereign of the United States" - just like the Indians - "wards" of the great, white father, who, perched on its throne in Washington DC, takes care of all those defined as "incapacitated" and unable to take care of themselves.

That Inouye claims that this "status" will "restore the government that represented the Native people of Hawaii to its rightful status" is a bunch of the sweetest bullshit that a great american senator can possibly muster in the marbled halls of that great capitol of the most democratic nation in the world - on behalf of an ignorant and uneducated constituency that he may assume that we all are.

That Inouye and Akaka intend to "gut" our Kingdom and its government by transforming it into a dependent "Native Hawaiian Government Entity of the United States" - then "stealing" (for the second time) our so-called "ceded" lands to be "held in trust," with some of the stolen "spoils" probably being handed to the "state-birthed agency" - 0HA - in apparent appeasment, while the feds and state retain all of the best of the lands in a supreme legislative "quiet title" action - leaves me aghast.

That many Hawaiians - sweet-talked by trustees (of 0HA) with their unlimited budgets and public relations, thinking of themselves as the "gift of the gods and goddesses" as they affirm the glib words of the great senator - will believe all of this "hash" - hook, line and sinker.

Let us not be like the Indians who gave up any claims that they may have had in Manhattan for a few colorful beads and trinkets (of glib and empty words).

As a Hawaiian National and forever true to the Kingdom - it is sad to see these eloquent, but empty, words be swallowed by my "racial" brothers and sisters, in their "political" naivete. (Sorry if this may sound condescending, it isn't intended to be.)

May our "'Akua" and separate "'Aumakua" help us and our Nation.

> On Thursday, February 25, 2003 a hearing before the Committee On Indian Affairs was convened during the 108th Congress. It was at that hearing that Senator Inouye made a very important statement, part of which reads as follows;
>
> This measure, S. 344, was introduced by Senator Daniel Akaka on February 12, 2003, and was referred to this committee. It is my honor to serve as an original cosponsor
> of this measure. [Text of S. 344 follows:]
>
> Before I call upon members of this committee, I would like to remind those present here today, and those who are watching this hearing, of the historical
> events that have brought us here today. On January 17, 1893, the Government of Hawaii was overthrown with the assistance and direct involvement of the U.S. minister,
> who authorized U.S. Marine troops to assist in the overthrow of a stable government. Prior to the overthrow, that government enjoyed international recognition from countries around the world and carried on treaty relationships with Great Britain and France. One hundred years later, the U.S. Government approved a resolution now known as the "Apology Resolution,'' in which the United States formally extended an apology to the Native Hawaiian people for America's role in the overthrow of the government.
>
> We are here this morning to consider a measure that would restore the government that represented the Native people of Hawaii to its rightful status among domestic sovereigns of the United States, in the same manner that other governments representing the Native peoples of the United States are recognized by the Federal Government.
>
> ----------------------------------------------------------
>
>
>
> I leave this statement above, with you to consider, contemplate, ponder and share with others. So, according to Senator Inouye, it sounds as if the Akaka Bill is a "measure that would restore the government that represented the native people?
>
>
>
> Kamaunu

Comment by david on April 15, 2008 at 5:05pm
In Kau on the Big Island, the people have kept Kawa`a from private ownership, mostly through the efforts of Uncle Able Simeona Lui. Uncle has been living at Kawa`a in the Ahupua`a of Hilea Nui for twenty years now, and has withstood all kinds of trials and tribulations, from the police to the Realtors. Recently the Mayor, Harry Kim has visited Uncle on a few occasions asking him to make a deal to leave. He has refused across the board. Here is a video of Kawa`a and Uncle I made, and he has been asking for all the help he can get. Aloha David

>The audio tour is narrated by Puakea Nogelmeier
>with character voices and interviews by Prince
>Quentin Kawananakoa. Period quotations or
>interviews with living people are in English,
>while the rest of the narration is in Hawaiian.

Prince Quentin Kawananakoa? Wow! This is new. Is he another claimant to the throne?

Having the common ancestors through which he might gain any claim to royalty - I don't know if I should be elated or critical.

This is very interesting - as far as I know - Quentin's father, his principal connection to the ali'i, was never called a "prince."

However, with the recent debacle (my opinion) of Nogelmeier's involvement with the script of "The Last Princess" or whatever that movie's name is - I'd guess that - unless his narration came directly out of historical writings by the Queen or Kalakaua, for instance, or whomever wrote the script - that the "color" of the narration may not be as it should be.

This brings up an important need in the Kanaka Maoli community. We need some kind of "cultura clearing house" where all these scripts, articles, books, whatever - slated for publication - should/must be cleared through.

There are so many historical and cultural "mistakes" going out to the world.

Such a "cultural clearing house" would "certify" that these items are truly reflective of the spirit, history, and color of Kanaka Maoli anything. And it "the clearing house" personnel would be of such a stature that everything carrying its seal - or whatever - would be certifiably correct.

Not only would there be a "board" constituted of cultural, historical, etc. experts that would do the certifying - as time passed, and the quality of its work would continue to excel - it's reputation would develop to the point that "every" item about Hawai'i would be "naked" without its stamp of approval.

Additionally, the "cultural clearing house" would own the rights to these cultural properties and would license its use out to the non-Kanaka Maoli producer of the work. On the other hand, the "clearing house" would get a percentage of the income produced - to be fed back through other "approved" cultural pursuits and projects - by priority set by Kanaka Maoli themselves.

The "quality control" that the "clearing house" would perform would guarantee that there would not be any "loose cannons" out there that could confuse our issues.

On the other hand - Kanaka Maoli would control, not only what was going out, but would also act as a receptacle and storehouse for all cultural materials. It would be a combination of a library, an archive and a storehouse for all cultural literature - including hula, lua, fishing practices, cultural practices, video material, recordings of all sorts, pictures and other audio-visual materials - in other words - the one comprehensive storehouse of and for our culture.

I tried to get the trustees to do something like this when I was at OHA, but they weren't ready for such an earth-shaking project like this. Maybe, with all the flack that OHA trustees are currently dodging, that a project like this might strike their fancy - as it is so important to the ongoing protection and evolution of the culture - and it would take money - money that the trustees should be very willing to spend - instead of on their present project to make Hawaiians into indian tribes or americans or both.

Comment by Ikaika Hussey on March 27, 2008 at 11:59pm
About the logo -- I've put up a temporary logo with a graphic supplied by Ohu (and our kupuna!). We're still looking for original art to adorn our group with, though.