Bobby Harmon's Whistleblower Website: HERE COMES THE JUDGE(S)! The CORRUPT JUDGES that is....

Judge Castagnetti sided with the criminal JUDD family, the Morgan's in the KUALOA case and claimed it to be 'lawful'...yet, she could not produce a TREATY OF ANNEXATION when queried by one of the true landowners......

Castagnetti claimed that she could not give out a copy of the States document and nervously stated that she had jurisdiction in the proceedings........

well, on the contrary!  see below:

The Ku`e anti-annexation petitions of 1897

http://www.youtube.com/watch?v=3tQt7xgmddM  They Said No - A Visit With Lynette Cruz

Castagnetti, the Judd's, Morgan's, their attorneys are now listed on the Genocide Activists list on the Honolulu Police Department list........

"a Whistleblower on the American Empire"

The following Links shows Queen Liliuokalani's Opposition Letter which was found at the National Archives by Ms. Kekumano:
page 1 https://docs.google.com/document/d/1fgiML9WAohP1xziDRIdL4Xpxu4j8dAJ...

Note: the petitions consist of hand-written signatures therefore it is NOT possible to convert them into text documents.

The organization of the petitions is based on the publication: Kue: The Hui Aloha Aina Anti-Annexation Petitions, 1897-1898, compiled by Nalani Minton and Noenoe K.Silva. (UHM Library KZ245.H3 M56 1998).

The copy of the petitions used for this project was provided courtesy of the Bishop Museum Archives. 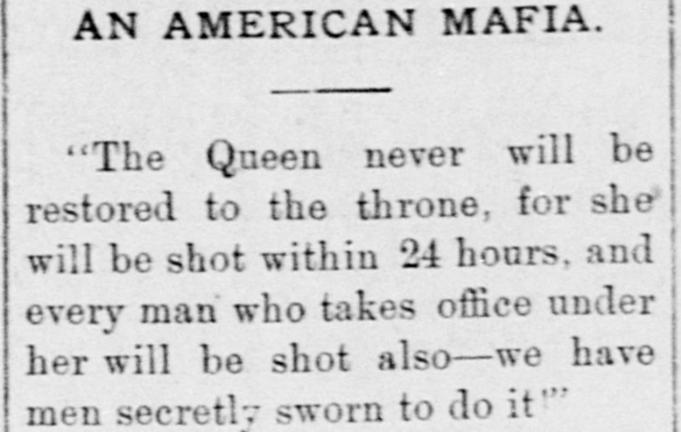 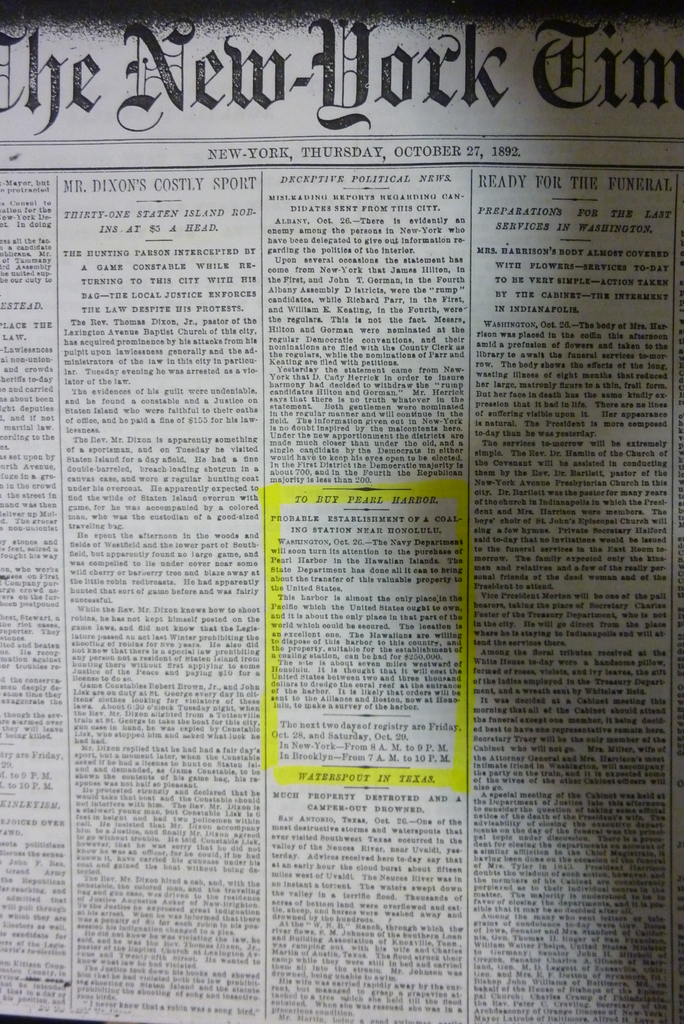 Permalink Reply by Amelia Gora on December 31, 2013 at 4:37am
off of Facebook:
"History in a Nutshell from the Hawaiian Islands":


Amelia Gora: The research that I've covered is about History, Genealogies, and Law......In history, the Hawaiian Kingdom is made up of three (3) branches which was created by Kamehameha III based on his father Kamehameha... "Checks and Balances" applies to an American/Democratic Society government and Not a Monarchy or Constitutional Monarchy government..... The three (3) are made up of 2 permanent parts: (1) Sovereign and his descendants and heirs (2) House of Nobles and their descendants and heirs. The third (3) part is a voted in part----and this is the part that did dethrone the Queen after conspiring with the U.S., et. als. =---- when Queen Liliuokalani declared that the Provisional government was neither de jure nor de facto, it appears that she recognized that the PERMANENT parts were in position and the conspirators, treasonous persons were part of the last third (3) part of the Hawaiian Government - the voted in, the non permanent parts of the government who betrayed her, the nation and the people.........and they were actually pirates because we are on the high seas.......and history shows that they were supported by the U.S., England, and the bankers........in other words, the pirates in operation are the "pretenders" tha Kauikeouli/ Kamehameha III talked about..........the Genealogies shows criminal racketeering, identity thefts, etc..... the Laws /Legal research shows criminal maneuvers on the part of the Judges....who were the missionaries/ mercenaries of the U.S., and documented treasonous persons who did help themselves by claiming that the rules that they passed became LAW and that was in 1884-1885.....add the fact that many of the Judges were American Civil War Generals............yep, everyone needs to do their research because the truth can be found from intense research...........and btw Queen Liliuokalani tore up the Constitution which changed the Constitutional Monarchy government back to a Monarchy government once more...........better check out the claimed Constitution put together by a bunch of American attorneys who did document that it was a "puported" Constitution ..... http://www.youtube.com/watch?v=Vm1WOqex8jE