kukuna o ka la has not received any gifts yet

No hea mai 'oe? Where are you from?
The genealogy o Kukuna o ka la:
I was born on the bank of the Mississippi River to slaves. For five (5) generations back we were all slaves. Not even one free person was ever in my ohana. We were just happy to be slaves and not one of us ever thought about manumission or being free. None of my ohana ever even had the thought of running ever cross our minds. We were happy just to serve. Being owned by other people never cost us any sleep.

I will quote a single paragraph from your advice at the Mabel Smythe Auditorium. Then I will express my reaction to the lack of clarity in your words.

"So where is the right of the State of Hawai'i, or a real estate developer, or a resort developer to destroy any of your temples, when these are your temples, this is your land, your right to worship is guaranteed in the Universal Declaration. I don't see that right any more, and indeed it will be hard for them to argue that right now that this law has been passed. ……….. Read through it and understand what your rights are, and proceed to assert them in your dealings with the State and Federal government."

The subject here being restoration, your approach here leaves Hawaiians on a level, one step removed from the action of restoration. Larsen v. the Kingdom seems more on the point than this approach you are using here.

I think I can carry 90% of my point in this very first sentence of yours. Your use of the word "right" here muddies the water. Allow me to paraphrase this sentence toward clarity: So where is the power of the State of Hawai'i, or power of a real estate developer, or power of a resort developer to destroy any of your temples, when these are your temples, this is your land, your right to worship is guaranteed in the Universal Declaration.

Point: Whereas restoration is a battle over powers, you are focusing Hawaiians on a battle over "rights". You are taking the Hawaiians to the wrong arena ! Larsen v. the Kingdom was the correct arena: The Kingdom has the power to protect my right to drive in the Kingdom without a drivers' license.

You seem to be sending Hawaiians off in pursuit of more and more rights as though rights can be accumulated to an amount that will arrive at power, domination, authority as the crowning achievement. This misunderstanding is making Hawaiians miserable. Hawaiians ask themselves "These 'rights' are not getting us to where we want to go; what's wrong ??" Well, even slaves have all kinds of "rights" but they also have masters along with their "rights".

Restoration is about having a government with authority, domination, and power to do battle with its own citizens even, malihinis, the U.S.A, the United Nations, etc. This is the road to Hawaiian happiness, an empowered government. Professor Boyle, how do we work to restore the power of our government; our "rights" seem subsidiary, not primary. We would be better off with our own government even if that government abused the "rights" of some, even most, Hawaiians. Lots of hated governments have existed. Teach us how to maximize, then expand the powers of our restored government. A powerful, dominating government will be able to do more for us than all the "rights" in the world.

A popular appeal. Better: Not the federal government, not the State government, but the Hawaiian government with the powers of government. The rights of the citizens is of little account at this level, the crucial arena.

Your lack of clarity encourages the misconception that Hawaiians have no real need of a government. Why not just huddle under the umbrella of the United Nations ?? A powerful government is too much trouble. Professor Boyle, your emphasis on "rights" takes Hawaiians in the wrong direction !

In 1886 Hawai'i's King Kalakaua sought to assert Hawaiian power by organizing Pacific islands into a defensive confederation which anticipated a Nuclear Free and Independent Pacific (NFIP). The common problem between these unique events was: What powers can our islands cultivate in opposition to seemly overwhelming powers of the Western powers ? The Hawaiian King was rebuked by Americans with new constitution designed to punish his pretentiousness. Less than 100 years later New Zealand and Australia were out to solve the very same problem. What realistic powers do we have ? French power challenged their pretentiousness by having their secret police bomb the Greenpeace ship, the Rainbow Warrior, right in the New Zealand Harbor. What powers did the islanders have recourse to ? Naturally, the Western powers like to conclude that islands are powerless. Yet NFIP just like King Kalakaua had some real, authentic powers. What were these powers and how can these powers be either maximized or optimized ? Please note that we are evaluating powers, not rights.

To bomb is to destroy. Bakunin said that the urge to destroy is a creative urge. The following bombings were creative from a certain perspective.

Jim Albertini between the Hilo dock and a nuclear cruiser

Sanctioned power through tracing phylogeny back to the gods,
the ultimate source of dominance and authority


The Melanesians by R.H. Codrington
Where does power come from in shallow genealogies ??
Pausanias amazes the Priests of Vulcan at Memphis

Understanding the Marxist- Lenin- ist metaphysics of the loud North Korea claim:
"When one does not have Intercontinental Ballistic Missles at the bargaining table,
what you propose goes in one ear and out the other !" 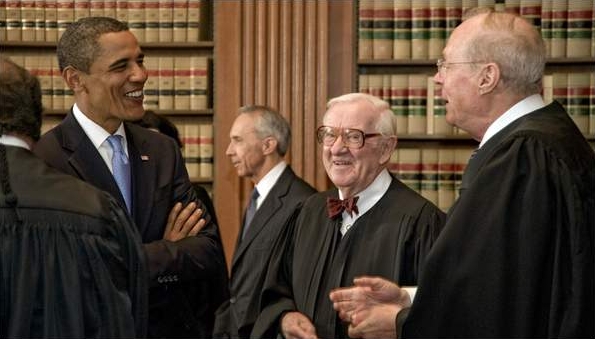 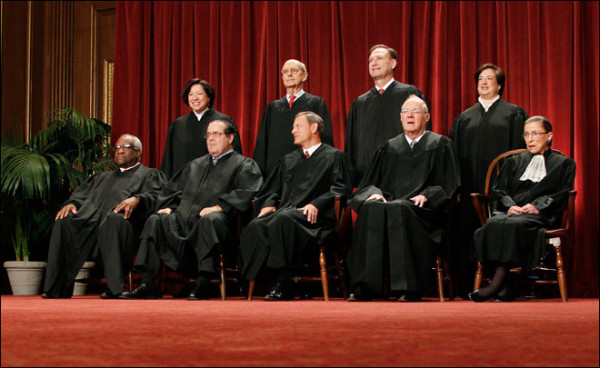 The SCOTUS OWES nobody anything ! 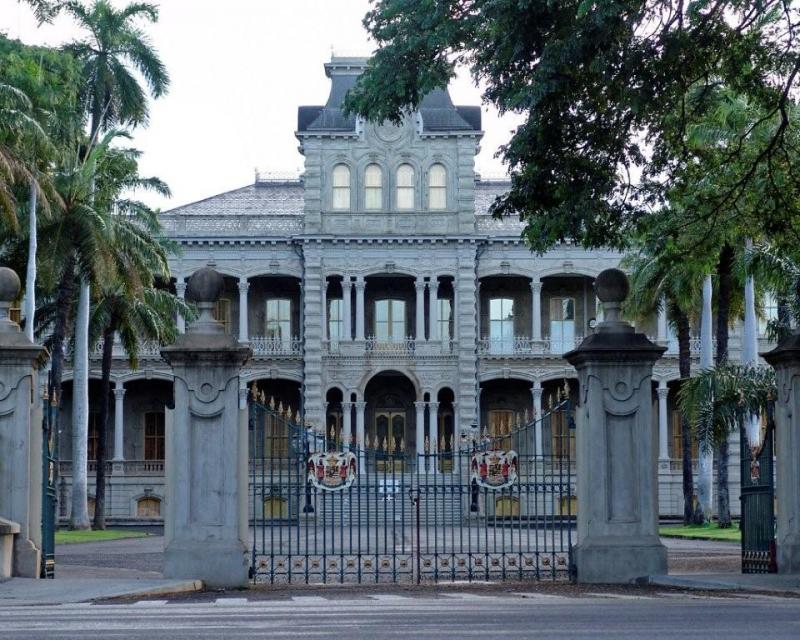 About You Know Whom.…

Once Upon a Time There Were Two Triangles. 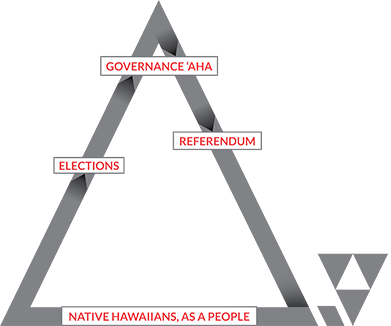 Or maybe they were teepees…

Hinahina said…
Keoni not pau yet... more to come.

Hinahina said…
Haha!!! Laugh at myself! Just now, I figured out how to post a message

Hinahina said…
Aloha, Kukuna_o_ka_la! Mahalo for informing me of this place; different format, so I need to go "lilla-bit, at a time", till I get used to. Does this blog have "pm" ability? I am grateful for your Hawaiian history knowledge, and how you share and assist... Looking forward to learn here. Mahalo nui loa! Me, Hinahina

I have been watching and listening to the actions taken by Keanu Sai, Mahealani Kahau, Leon Siu, Ardaiz, and Osorio and I can only thank them and you, from your tutu and mo'opuna.....oli e oli.....rejoice, rejoice, our voices and drums are more and more in number each day, the volume of our cries rises louder each day, and the harmonies become clearer, fuller and stronger every day.......Mahalo Ke Akua that we may be able to see the re-unification of our nation and our national rights reinstated with the sovereign authority and rightful jurisdiction of this Hawaiian archipelago of islands.

Donna Burns said…
I just noticed your request to be a friend...sorry....I hardly go on MaoliWorld these days. Donna 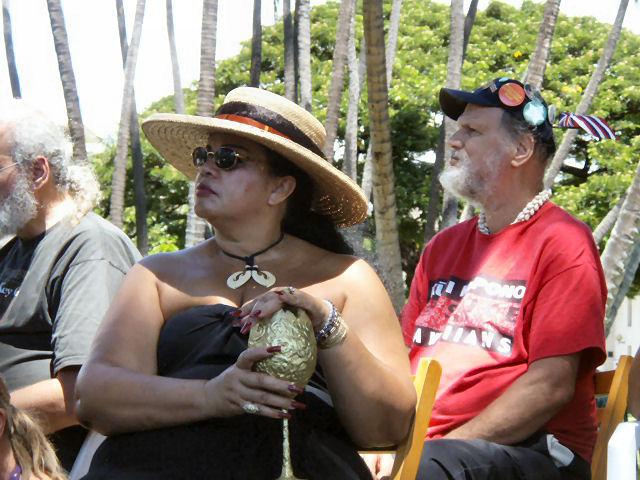