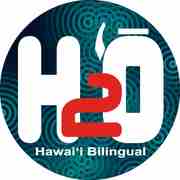 What: ILINA WAI, a Hawai‘i Bilingual sponsored Underground Spiritual and Artistic Vigil to End Hawaiian Cultural Genocide until the Official Languages Act is adopted by the Hawai‘i State Legislature

When: April 30, 2009 6:30 a.m. (and tentatively the last evening of each month until the adoption of the Offical Languages Act)

Where: A movable private gathering, beginning with a 6:30 a.m. prayer vigil in the Kalākaua Crypt at Mauna Ala (the Royal Mausoleum) and then beginning in May a bilingually presented chamber music concert at a local artist’s studio where attendees will bring “potluck” refreshments, their prayer vigil candles, chairs and $10 musicians’ honorarium to each gathering held at various “piko” of culture and creativity in the Honolulu area where free and accessible parking is available.

Why: Cultivation of a bilingual creative culture is instrumental in articulating our inner vision. Members of the Honolulu Symphony, America’s oldest symphonic society West of the Mississippi River have endured more than two months without pay, and already four members have quit. Therefore, to cultivate Hawaiian bilingual social & cultural awareness while preventing further hemmorage of Honolulu’s professional musical society, let be known that ILINA WAI, an “underground” vigil to end Hawaiian cultural genocide will be presented in Hawai‘ian and English languages at private gatherings during the mornings and evening on the last day of each month until the State Legislature adopts the Official Languages Act.