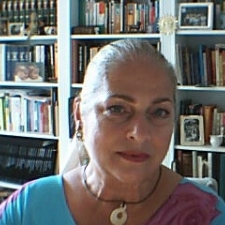 evamaria has not received any gifts yet

No hea mai 'oe? Where are you from?
Hungary/ Europe

It is a pleasure to greet a compatriot of mine on this list.
Mahalo nui loa no kau kāhihi i kēia hui - Ke ao maoli.

evamaria said…
Aloha Kaleo, and Mahalo for Your information.
Will check time to time www.HawaiiTvBlog.com
Aloha and keep up this good work
evamaria

Kaleo Farias said…
Aloha, EvaMaria. Mahalo Plenty for your kind and encouraging words. You can also check out my daily "online show" that i am presently hosting at www.HawaiiTvBlog.com , look forward to continuing our dialogue...

evamaria said…
NEW BOOK EXPOSES FAKE STATE FRAUD
Posted by Free Hawai`i on June 27, 2009 at 8:00am
Watch the interview too with Leon Siu

HALE O KEAWE-A-HEULU aka: NAIHE said…
Thank you for your comment and enjoy the music...SMILE

Mahalo A Nui Loa, for your Mana'o. I, (Living HuMan Being With The Inoa: Noelani, family of: Mason) noticed your "12 floweral pictures" of significant beauty encompassed with much "Aloha," that has prompted me to leave you this message.

Like that fable of the grasshopper and the ant; they had been forewarned yet they scoffed at the truth and continued playing their American fiddle. Granted, many Hawaii nationals suffer from the Stockholme Syndrome and have been brain-washed as well as conditioned to believe in the deception. Many are afraid to act, thinking they will lose the comfort or security in the process. They will side with their captors until there is a definite change and a guarantee they won't lose their sustenance that they worked so hard for. It's the uncertainty that unnerves many who lack the confidence that was stripped away from them through servitude. They are afraid of the kuleana thrust back to them with the challenge of survival. In essence, they have lost hope of recovery, independence, and freedom which their ancestors possessed and faith in themselves. This is what a long-term belligerent occupation will do to many people.

There is hope for them because of those who are intelligent, educated, confident, and aware of the truth whom want to do something positive to regain their rights, freedom, and autonomy in conducting their affairs as proud Hawaii nationals bent on liberty and justice for all within their Polynesian Hawaiian mainstream society. These are the ones willing to work at it and not shirk their kuleana and willing to make the sacrifices to protect it. These are a growing number of Hawaii nationals striving to promote good governance, economy, peace, justice, protection and the pursuit of freedoms and happiness for all.

Knowing this, the U.S.A. must de-occupy our sovereign nation-state. The laws of occupation is the law of the land which protects our rights as Hawaii nationals which the U.S.A. has been continuously violating. Our neutrality status has been trampled on and disregarded. Our international status has been usurped and our trust has been betrayed. The criminal conduct of the U.S.A. has produced the policy of buyer beware.

evamaria said…
COLONIALISM IN HAWAII
"I never knew what this was."

Colonialism, as the Tribunal Komike states, "is foreign domination, subjugation and exploitation of another people's country. It undermines a people's national identity, traditions, and culture." (1998) Hawaii has undoubtedly been dominated by the United States for a century and a half, our people and resources subjugated and exploited. An important part of that subjugation was the taking away of our 'olelo maoli – our real language.

Kenyan author Ngugi wa Thiong'o explains that, "economic and political control can never be complete without mental control." (Ngugi 1986, 16) This mental control is achieved through, "the destruction or deliberate undervaluing of a people's culture, their arts, dances, religions, history, geography, education, orature (oral traditions), and literature, with the conscious elevation of the language of the colonizer." (Ngugi 1986, 16)

When the U.S.-identified oligarchy ended Hawaiian language public schools in 1896, they ripped out the bridge to our kupuna, the bridge of our understanding of ourselves as a people with a proud past. A generation then grew up for the first time ignorant of the language and mo'olelo of their grandparents who lived through the devastating losses in epidemics, denigration of all their customs, and loss of their Nation. Ngugi has called this experience a cultural bomb. "The effect of a cultural bomb is to annihilate a people's belief in their names, in their languages, in their environment, in their heritage of struggle, in their unity, in their capacities and ultimately in themselves. It makes them see their past as one wasteland of non-achievement and it makes them want to distance themselves from that wasteland." (1986, 3)


What Will Happen To Non-Native Hawaiians In A Free Hawai`i?

Will They Be Welcome Or Kicked Out?