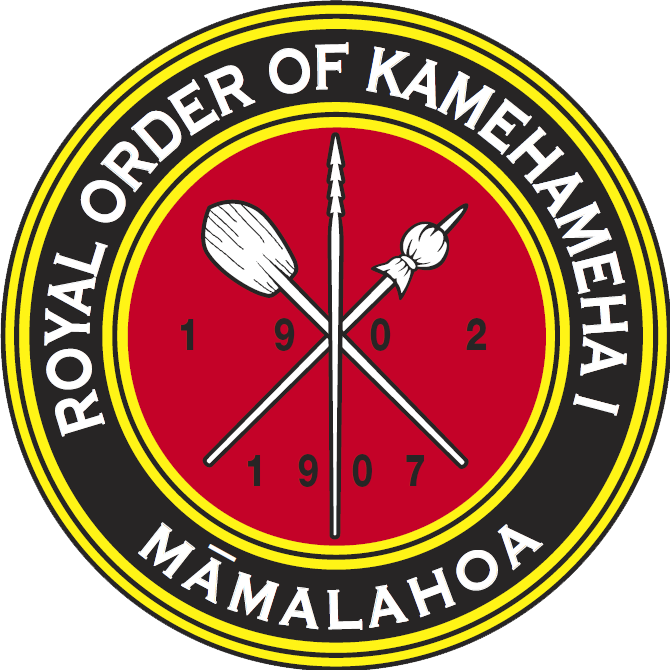 Royal Order of Kamehameha I, Mamalahoa (Web sites at Mamalahoa.org and KamehamehaFestival.org)

No hea mai 'oe? Where are you from?
Puna, Hāmākua, and Ka‘ū , Moku O Keawe

The lawsuit filed Thursday in Third Circuit Court challenges the unanimous vote of the Board of Land and Natural Resources on April 9 to approve the CMP, which provides a framework… Continue

maori puanani o tahiti robinson said…
Sorry, mind idle from the comment I read..one does not have to have koko nor does one need to be fully into this pilikia that began back in 1893 when grandma Lily was dethroned..the pilikia is going on because hawaiians have no voice in the government and so we shout it out...but who wants to squeak into the ears of a puka where there is no one there...so if you wish to join, join, if you hesistate, don't..it is not your land that was taken and don't do what your heart is not resigned to do...ask yourself, did America Inc. with its developers rob your cradle, so what you got to lose? For us, we are asking for justice...if you know what is right to do and don't do it, it's a sin.

Pink Ribbon
Thanx a bunch for the friendship...a hui hou...S. Kanaka'ole
From the Gift Store

Sharon KaleioKapiolani Medeiros said…
Mahalo for the add. My hale is on the slopes of Mauna Kea. This mountain means a lot to me. It has been reborn and the guardian will rise once more. Again thank you for the add
Sharon

The time of the ihe and newa is pau. Now we have to work with the tools we have. So now we talk, protest, work within the political process and take legal action.

But, in all cases we move forward with Aloha and Mana to remain Pono to receive the guidence and blessings from Akua

Royal Order of Kamehameha I said…
To Naone and Michelle:

Aloha and Mahalo and welcome to our circle of friends. You need not have the koko to stand for and support Hawaiians and Hawaiian rights. In our fight for Hawaiian rights, we need the support of all good people, Hawaiian and nonHawaiian. There is great strength and mana in numbers, and Hawaiians need all the help we can get, so much mahalos.

As for moving forward Michelle without koko, you are in a unique position to speak for and inbehalf of Hawaiians as a non Hawaiian. Others will weigh your words and perspective differently because you are a nonHawaiian and that may be a good thing. We need both Hawaiians and nonHawaiians to support our causes. Just make sure when you speak/share your mana’o disclose that you are a nonHawaiian to not offend Hawaiians or mislead others. Be humble, speak from the heart, and let Akua guide your words and acts.

So no be shame or scared no moa the koko, can still ku’i!

Michelle Ritchie said…
Aloso mahalo for the invite, also don't have the koko but do have the respect and spirit!
To Jon Kinimaka,
I'm sorry for the abuse that came your way at that event on Hawaiian values---when you were just trying to bring up the truth and what's important instead of glossing it over. How can a talk on values not even mention the overthrow and everything that has happened since 1778 as if it doesn't exist or matter?

It's hard for someone like me, who believes as you and Kaohi do, but doesn't have the koko, it is hard to know how to show up with respect, wanting to help wanting to lend a voice for sovereignty but I don't want to be pushy or arrogant. Should I just stay out of it? Or is there a way I can help that is still respectful? I would like to show up at meetings, both cultural and political---I don't know who to look to for advice on how to do this. My mentors are Kaliekoa Kaeo, and Keeamoku Kapu, so I know a little, but not enough. I know they would say just do it! But I am hesitant.

naone morinaga said…
Mahalo i kou kono - mahalo for your invitation akā `a`ohe ke koko Maoli. I donʻt have the koko. Not sure if I can join your group. BUT I continue to kāko`o you in your efforts with Mauna Kea. We have our pilikia with Haleakalā...so e pupukahi kākou.
Nāone Morinaga-Kama