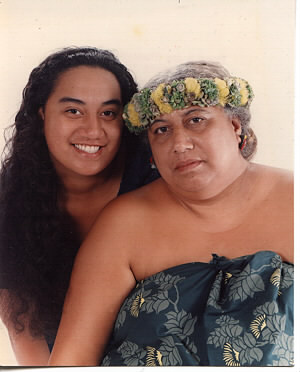 Meliss has not received any gifts yet

No hea mai 'oe? Where are you from?
Keaukaha
Hilo, Hawaii

My ohana on tutu kane side.....................Haa. Tutu Ioane Haa was young child when taken from Maui by the Missionary Shipman family to be companion to their baby. The Shipman ministered at a church in Kau, Big Island then eventually moved to Olaa. Shipman Ranch. His Ohana include the Kanakaole ohana from Kau, the Kaapana Ohana from Kalapana, the Spencer Ohana from Laupahoehoe

My ohana on my mother side. Her maiden name is Phillips. She lived on Richard Lane, Kalihi. Richard Lane is named after her ohana. Her Hawaiian Ohana is Kukahiko, Mahu

Donna Burns said…
Meliss,
Sometimes it is just best to watch a video to understand the person...and the issue. I like going to "Voices of Truth" with 'Ehu Cardwell, as he does a good job of capturing the "essence" of the person and the issue. The other video was my second one I took and POno helped me edit it. My first I have yet to edit. It is of Palani Vaughn in McDonalds'
in Waikiki as we were headed down to the start of the march.
That is...the Ku i Ka Pono march against sale/transfer of Ceded Lands.
Did you ever see the video of Jon's daughter, Jamaica? So good. I'll see if I can find it and sent that too. I saw an article that she was one of several young people who did their "slam" poetry for Obama, but she didn't do this one. She did something else. Was no doubt just as good.

Email me some information and check out the partial genealogy list i have on my blog....you may recognize some of the names..

ʻOhukaniʻōhiʻa said…
Mahalo e Anake Melissa! Ae, Mauna Kea veiwed from Keaukaha is one of the wonders of the world, when Poliahu is dressed in her white kihei and not a cloud is in the sky. ahhh! ka nani.

Pomaika'i Pires said…
Mahalo for your kind words.
My grandmother was from area of an area of pa'ula. towards naalehu town, mauka of highway.
The green family, namakawewehe, kuewa. ohana .
My aunty married Kaunui KinIn. His mother was a Kaapana. Kuumi Kinin wa an old timer of Kumauna/Hilea, Aunty Kawena Puku'i interviewed him on several occassions in late 60'.
Moniz family is well knwon in Hilo/Hamakua area. Is there a William Viveros in family?.

Have a wonderful day in Texas.

Carol Slusher said…
Mahalo! Yes, I would love to write Daisy. There are others in my family, seeking our lineage (Seth Macomber, son of Donna Momilani Macomber).
Mahalo! carol

Roz said…
Me too. I'm open to listening. May I also share with you that I had Kau Inoa present at our family reunion last year. An old friend, John Rosa, who is with OHA contacted me asking if they could come to our reunion. I was fine with it as signing up is a choice. Anyway, not long ago, Roy had emailed that some classmates were nuha because Kau Inoa was using the names to push the Akaka Bill. So I contacted John and asked him point blank. He assured me that the Kau Inoa "bashing" (my word) is not true and there are a lot of people out there passing around these false claims. He told me that the collection of names is for record keeping, or a database, to be used in the future as a means of contacting Hawaiians who may be interested in being involved in the nation building process. I signed up long time ago. This project was one that Tomi Girl Chong (Noa's late wife) had worked very hard on in it's infancy.

One thing to keep in mind. There are many, many people out there that are against us and our pursuits of the interests of the Hawaiian people. Many of these people know that us Hawaiians are divided and that we fight among ourselves and they use that to their advantage. They could be the very ones who spread these rumors, i.e. Kau Inoa, so that we will continue to argue and be at odds with each other which again, takes our focus and energies away from the more important issues.

Mahalo Meliss. It's nice to be able to kukakuka with you. Malama kou kino.
Aloha, Roz