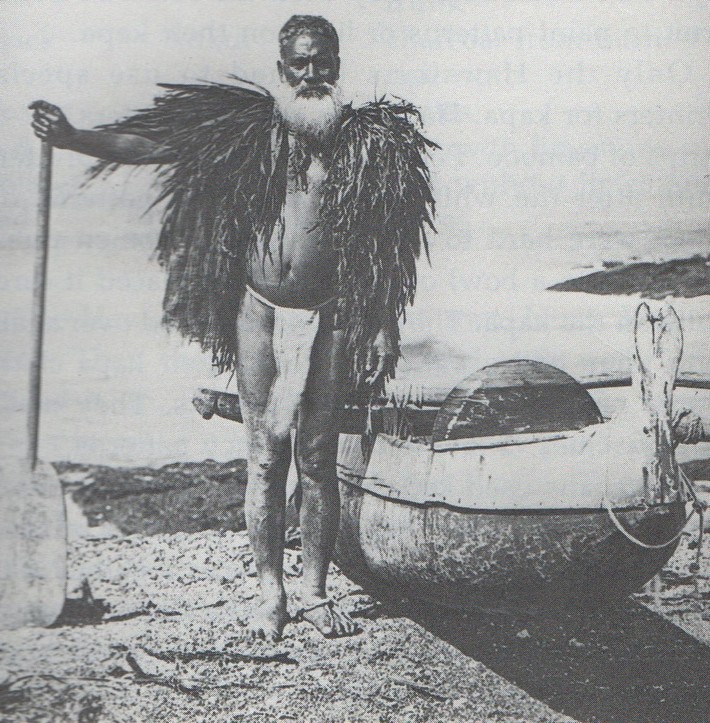 Maika has not received any gifts yet

No hea mai 'oe? Where are you from?
Makua, Oahu. Down da beach. Close to da ranch.
Search MySpace - 'Ulu Maika' for disclosure of person.

ʻO wai ke ahupuaʻa āu e noho nei? Where do you live?
In a state of possibilities.

Question: What is Po?
Po is described as night or darkness. In the early times of Hawaii, Hawaii ran on the lunar cycle. The Hawaiian day started at midnight, hence the days of the week, Poakahi is Monday, Poalua is Tuesday and so forth.

Question: What does Po beyond the horizon imply?
Po also means obscurity for things not understood. Mythically, it was the time of the divide, the time of the gods. For some, it’s a sacred period for ancestral connections.

Question: Where is Po?
Po is beyond the horizon. It’s the last step to destiny. It’s a tangled web of mystery no one can escape. It’s the realm of the unconscious. Ao means light, and that belongs to the living. Po and Ao are just two sides of the same coin, a coin we all carry. Neither exists without the other, and that’s a fact.

Question: What does beyond the horizon mean?
It means the limits to ones understanding. Many people think I push the boundaries, which also means horizons. I don’t think so. Maybe it’s that I’m not on the same side of the boundaries as others. I’d rather not limit myself to others beliefs and fears.

Question: Where do Hawaiian spirits live?
Hawaiian spirits live in those of us who are Hawaiian. It’s a mind set. It’s the idea of being Hawaiian and identifying with things Hawaiian, it’s the Hawaiian consciousness. It doesn’t matter where we go; Hawaii is in us and being conscious of that keeps the spirit of Hawaii alive.

Question: If you’re not in Hawaii, how do you malama aina?
Malama aina refers to caring for the ancestral lands. It means to tend and maintain its well being. Our ancestral land doesn’t necessarily mean the ground or the earth we walk on. It also means you yourself, the living. You can trace your ancestry from genealogical records. And now, thanks to science, you can trace your lineage through your DNA. It now seems that in our bones lie the traces of our ancestors, and you [are like] the living earth; it’s this aina you should care for. If you malama your aina, it will take care of you.

Question: As a Hawaiian where do you go after life?
I go to Po. With so many cultural beliefs the obvious is overlooked. Hope, faith, and trust are all factors of belief and it all takes consciousness. This seems to be the idea of comfort, to talk through ways to accept the inevitable. You can change your religious beliefs. You can’t change who you are. You are the descendant of your ancestors, the ancestor of your descendants. Hawaiian spirits go to Po. When you see your unconscious mind is allowed to venture with your ancestors, it’s then that you’ll most be able to connect with yourself. Even then, we sometimes become afraid of what we dream, yet we are the creators of our dreams, so why be afraid? These are the obscurities of Po.

'They will soon know more than ourselves.' -- Isaac Davis on educating the 'natives.'
ref: http://www.sacred-texts.com/pac/hhl/hhl23.htm

An invitation for any Hawaiian spiritual seekers. There was another ning site about Hawaiian spirituality that died. There are things I'd like to talk about that certain people may not be very receptive or open minded about for one reason or another. If I'm going to be discussing it, I'd rather be discussing it with my iwi kuleana on open minded terms.

The first site was where I used to go to and still do for guidance on my path and perhaps to share my experiences so that it might help others. You'd be surprised how much information your subconscious conveys, whether you think you can help or not. The second site I converted to my musings hopefully to more fully express ideals. It's a perpetual work i progress. Free your mind.

Can Pie Air, the rolling fragrant smell, fall through sand? Witch s plan it, but in the preparing of the air pies the ingredients disappear.

How do you define Liberty? I think I've come to understand that the word can be turned into a negative concept and used to stigmatize a peoples. The peoples, of course, were only behaving how the hypocrites were, but apparently ones social class dictates one's definition of Liberty and Freedom. He Lē ke kama au. Liberty. Liberty. Abstract concepts defined for us by those who would keep it from us, and for what?

Indeed, the path of the righteous is beset on all sides. All the beset paths lead to the same place. It is not the path that determines the individuals understanding, it is the individual. All paths beset on all sides lead to the same place. The one true religion is, indeed, all truth religions, or spiritual practices. Names are 'hallowed' for a reason. It is the abstract concepts ideals represent that determines one's reality. The kumulipo was written for a reason.

I was made aware of the Duality of Man some time ago. The understanding of that can precede, but isn't necessarily predicated on understanding the Trinity in Man. I I thought I understood it pretty well, the understanding as it is represented through several teachings. However,, recently I began to question the existence of the third entity. The first two I know intimately... the third I thought I never heard from. Lo, my seeking was answered. The third 'I' is the I in you, it is the common bond we all share as children in Ao. It is the world that exists outside of us. This, as it was learned to me, is the universal conscious. It is probably responsible for all my synchronistic perceptions.

Without a deeper understanding of the new testament and the knowledge of INRI, Iesu of the great mysteries spake thus: "Whatever you do for the least of us, you also do for me." Other proverbs: "Love your neighbor as yourself." It would seem this fulfills the third I.

I hear babies cry and I watch them grow
they'll learn much more
than we know
and I think to myself
what a wonderful world.
--Iz version =p

Tina matildo botelho said…
maika that was funny yah what i wrote down i finally found my families well god bless you and have amerry christmas and ahppy new year.

Eliza G said…
Re: Bach Flower Remedies: They are basically homeopathy at its best. Homeopathy is vibrational medicine meant to restore the body and energy field to its natural state. Flower remedies are the most gentle of all the homeopathic remedies.

Western medicine says that homeopathy is bogus, and believes that whatever benefit is gained by the recipient is due to the placebo effect. However, I've seen Bach Flower Remedies work on animals, babies, and small children who have little to no knowledge of what you are giving them.

I personally use 'Rescue Remedy' any time my body undergoes abnormal stress, like going to the dentist or flying long distances. Also Rescue Remedy would be good for shock. I have also used their 'olive' remedy for extreme fatigue... it doesn't make me all that much more awake per se but it does keep me from getting grouchy when I'm overtired.

The best way is to just choose one basic remedy and use it in context, and see if it actually works for you. Enjoy!

As the saying goes: "Long Time, no see...," on leka or palapala? We did
not slip away into time or, disappear from the face of this Koe Hawaii Pae Aina. I seem to be captured into other Hawaiian Nationals realm...busy with
illusion of the de-facto court system. Because I AM, a "Student of the
LAW=L=Learn; A=And; W=Win, you would find me amongst the needing
ones who yearns for KOKUA. Hope, to continue our KUKA KUKA mana'o.
With Fondest Aloha: Noe'Lani.

E, how come that look familiar?

Maika said…
The term nation is a ha-ole concept. He Hawaii au. In 'Po' terms we are much more then this western concept. The land is not ours; we ARE the land. The nation, our 'nation,' is the 'tiger' to a 'dragon.'

There's a reason that all natives believed you couldn't own the land. The basis for that understanding is rooted in greater truth. He Hawaii au, Mau a Mau.