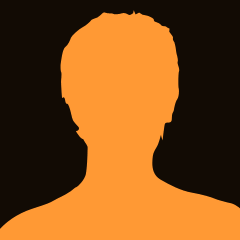 Hanalei Fergustrom has not received any gifts yet

No hea mai 'oe? Where are you from?
Mt. View

Kaohi said…
Oops forgot to say what I wanted to say. This week is Nani's court case and Keoni Alvarez tapes of Naue, I believe he is expected to give this up, under the 'Shield Law'

First my apologize, I got a bit cranky at the Iolani Palace, because-- it don't matter, I got over it. I had some 'talks' with Leon and we just need to move on. He will be leaving for Geneva on Friday. We will see each other again at Kualoa Park in Nov. Agenda--Makahiki?

Kaohi said…
Aloha Hanalei,
I just got back from Kauai, Punanai Burgess graciously spent several days sharing her mana'o with us. I am not a fan of Felix Cohen's only because I am a Mendiola.

Mendiola, had a run in with FDR over Papakolea Hawaiian Homestead. My second encounter with the Department of Interior is with Philip Montez the "Breach of Trust." I had a conversation with Philip Montez in the hallway at the Federal Building over the loss of 5(f) ceeded lands. The Breach of Trust is on the Web just type Hawaii and go to the back of the report, it's fast reading.

Mendiola is my legal family, and the very first Mendiola in Hawaii came from Micronesia. The first Mediola born in Hawaii was in 1852. My legal father lived in the first house next to the park, as you go up to Kepano's it's on the left. Kaohi

Kaohi said…
Hanalei,
I went up Mauka to the temple in Haiku, maybe we can all have a reunion up there and clean up uncle's hale area. Raymond and I had a talk and I believe Anitas' daughter visits the place. It was nice to 'talk story' with uncle Sam, I miss him dearly. I could not locate the temple area because it is so over grown with bamboo. The stream we once knew has changed course. Raymond opened the ancient Na lo'i. I would like to go to Kualoa Park and pay our respect to the iwi's near the sea shore with Uncles Na Haumana. I have not returned to the Pyramid at Mokapu since Uncle did his chant to Ku and Hina. Do you know where Bob is? I really want to see Maile again, to you know where she lives? Are you in communication with Frank (Palani). I will try to put together what I have and bring it to you. Kaohi

Kaohi said…
Love you too Hanalei,
Thanks for the response, I could not believe the concret pillars and all the information put together, and it's outcome.

Yes, you are right to use the 'Temple of Lono' because that is what Uncle said to do. He also, asked us to not wavier or hooiyo(spelling). You have my agreement, however as I said I am a women and we need to follow the ritual of the temple of Lono.

Frank Norbriga should lend help to this as for Aaron he still lives on the Temple in Haiku. Because you connected the Temple of Lono to Naue, we now include Naue in the prayers to Lono.
For me, on the personal side of it all-- I can only ask Uncle to sanction this request.

My children was with me during uncle's prayers to Ku and Hina, as well as during his Kahea to the iwi at Kualoa Park. My husband carried uncle out of the valley. I know who I am in the temple, and the question is "what we are?"

"What did you mean when you said that you could not trust the future of your children to the Temple..?" didn't say that, but since we are on the subject. Uncle did, make provisons not sure if this is the right word before he left this physical world. I understood that 'to be' back then, the Na Haumana (everyone) was entrusted with the temple.

As for the future generation I'm not wiling to leave it to chance: I cannot tell if we're in a think/stink tank. Is this what you mean, that we leave a mess for the children to figure out, not that they haven't already. The worm hole (science) you speak of 12th to present, is normalcy and well understood. The value we share among ourselves that were instill does share the same foundation with the world. The temple is inpart, (I don't like this either) and that is my argument and because the purity needs to be preserved for the future generation.

Naue should be on the tip of every native tongue, especially the people of Kauai. So, what is and whose Kuleana?

I can't read and respond to your questions. I wil read it again, and yes I will be there like I have in the past. I am probably being a bit hooiyo (spell). Love you Kaohi

Kaohi said…
hank,
luwella leonardi !!!!
You said, you had the case in hand at Naue. Okay fine, I listened, but you also used the Temple of Lono, I said nothing. As a haumana, from the moment he closed his eyes and until he was carried out of the valley, the temple was untouched by outsiders. We as haumana's has a responsibility to maintain the purity of the temple. I was with Uncle for days listening to him as he Kahea to the iwi throughout the many nights before he got arrested. And yes, when he went to court , I was there too. Those prayers can still be heard, and when the night sky in Waianae is filled with the negative rainbow, I know that uncle is still with us. That was his gift to his Na Haumana.
Hank, Mokapu and O Kanaloa Kohe Malama was not an easy task for those of who were there every step of the way.
Since someone brought up the issue, let me use this as an opportunity to share truth from fiction.
Recently, Bellows, those iron wood trees are going to come down and the iwi that are being protected by these trees wiil be removed and the iwi too. That is the purpose of closing the park and too, Oahu will have a pathway (alaloa) built around the entire shoreline for law enforcement jurisdiction. Write to Neil Abercrombie and ask him about the 1994 Defense authorization Act, and the fact and the simple truth is "They [land] do not belong to the military" said Neil Abercrombie Star Bulletin Monday, August 23, 1993 A-13. This is the time to assert 'Hawaiian Claims.' If you and I water down the 'mana' that is still in tact by my silence and your lack of agreement with other Haumana's, what is our purpose in life? Or, the end game?

Yes Hank I dive right in and go face to face with the military and access our land, which is what George Helm and Kawaipuna gave their lives for. Talk to Frank and Aaron and get an agreement that the temple does not support the desecration of our iwi, so that beyond our time, our future generation can return our iwi to it's resting place, and the lena's will remain open for the cycle of life.

By the way Hank-- Micah's in DC changing the bloodquantum without an agreement from the native Hawaiians. This should be a good one for the governor and the corporations and their 'sustainble procurments plans. I'm too tired to check my spelling. Write back soon! Kaohi

Pomaikaiokalani said…
e Hanalei, Watch your back with the Lulu Bells. They Talk Big, but dive right in bed with the Army, Richard Kinney.

Kaohi said…
Oh, yes one more thing you can share what I just said to you with Palani and Aaron. Kaohi

Kaohi said…
Hank where are you? Luwella Leonardi (Kaohi) what is happening with Naue? Foster on Maui he's also having problems.

The sustainable model, mode whatever one wants to call it, is a 2050 plan. Accordingly, children born today will not exist in Hawaii according to predicted plans. From what I could gather from Micronesians their Diaspora of their children since 1998 was because they are sick. The only way to stop this from happening here in Hawaii is to gain access to 'common law' British style from all that is sustainable. Air space, geothermal, winds, BTU's etc. We did not have a consitituonal convention, because the governor's committee near that this is where we were headed.

The DOE too, had a hand in putting a convention to a dead stop to the political/policy process. So now, this whole buy in to sustainable policy will be played out on Maui, instead of Oahu where the research was done. Mauians did not do their homework, and will not be able to sustain their political process for their future generation. I was on the protest line in Maui during their ferry escapade. I even stayed at the hotel where the swat team stayed. Hawaiians were not present, and if they were they were not really involved with the strategies to stop the ferry. So, why should I sit here on Oahu and believe you and all the others, huh?

Temple of Lono is not a magical trick that can be pulled out of a hat at whim. You are truly political and capable of standing tall (Ku Kanaka) in this sense, I do not believe a word you say when you raise the Temple of Lono in the middle of the political process. You know darn well Uncle's wrath always raised over our heads during the political mish-mash. Now that uncle is not with us in this physical world, and yes I am a female, do you honestly think we had no agreement with Uncle, do you think I am to remain silent when you speak of the Temple of Lono so frivolously.

If Foster screws up for the second time, then we need to go to plan B and prepare the future generation for living off somewhere else in the world, like the Micronesians.

I teach ESLL, and I see this phenomenon everyday. I am so amazed at the migrating labor force in this world. Basically, these migrants are from indigenous cultures. You will not be alive (physically) in 2050, so don't think for a moment, I would leave our children's future to chance! Are you on board with naue or just horsing around.
Kaohi