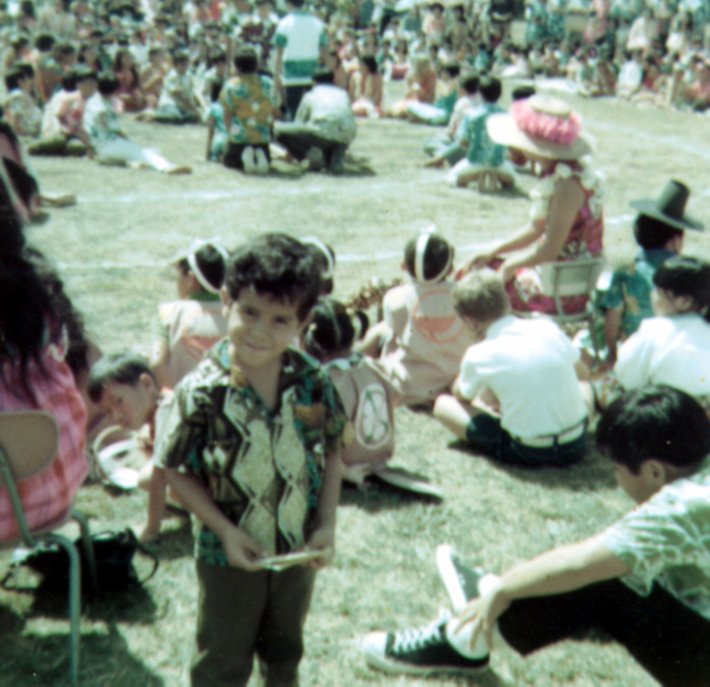 Charles Ano has not received any gifts yet

No hea mai 'oe? Where are you from?
Ko'olaupoko.

My great grandmother's sister was shot & killed by her 3rd husband on March 4, 1924. These two articles appeared in the Kuokoa Newspaper and were written by my great great grandmother, Emma Fern. After many long years descendants of Lui Hookano (the 3rd husband), had a friend of theirs translate it.

Names are bolded when they first appear and places are underlined.

For almost 10 years, I've been wanting to get an article about my great grandaunt translated and just recently someone did it for us. It's a long article and it's one of two articles, so she only did a translation for the 1st one, which I'm very grateful for. The story is about Emma Lahela Kaakaualiilani Hookano and her husband Lui Hookano who shot and killed her in 1924. The story is told by her mother Emma Fern about the events leading to her death. It takes place in Koolaupoko, but there's… Continue

"http://www.w3.org/TR/html4/loose.dtd">
I just published my second book at blurb.com. It's about my grandmother's father's side of the family. Called "Mahaulu:To Grow Peace". I'm planning on making more books on different sides of my family and then combine them all in a "deluxe" version. The books are made to order so their kind of pricey.…

Oh my heavens!It's been months trying to find their identity and how they both are related.Thank you so much.

Uncle Wes said…
The program, entitled "No Kahikilaulani ka makani Ho'eo 'o Moanalua" (The whistling wind of Moanalua is Kahikilaulani) references Kahikilaulani, who sailed to the Hawaiian islands from a far away place. It is said that she sailed up a stream into the valley and presented her future husband, Kamawaelualani with a gift of an 'ohi'a growing from the earth wrapped in a ti leaf. Perched on the 'ohi'a was a large black honeycreeper, the now extinct O'ahu Creeper ('o'o).

The 3,716 acre valleys narrowly escaped destruction as a potential corridor for the H-3 freeway, and have been under threat of residential development for two decades. At the blessing and dedication ceremony, the community, descendants of Hawaiians who resided in and cared for the valleys, public officials, the landowner/seller, and non-profit conservation organizations involved in the acquisition and protection of the valleys, will celebrate the dedication of land to the future generations of the people of Hawai'i in perpetuity.

Kumu Roddy Akau from the Kamawaelualani/Kahikilaulani 'Ohana said, "We are grateful that Kamana Nui and Kamana Iki Valleys have been protected for future generations. Our 'Ohana have been guardians of this land since time immemorial. We trace our genealogy to Namakahelu Kapahikauaokamehameha, the chantress of this land, and descendant of Kapahikauaokamehameha." (literal translation: the battle sword of Kamehameha; said to have been a child descended from King Kakuhiewa whom Kamehameha laid his sword next to while resting after the battles of Nu'uanu and Kahuiki in 1795, thus bestowing honor on the child and his family).

HONOLULU, HI, 2/20/2008 - The Trust for Public Land (TPL), the State of Hawai'i Department of Land and Natural Resources (DLNR), and the Kamawaelualani/Kahikilaulani 'Ohana held a dedication and blessing of Kamana Nui and Kamana Iki Valleys (known as Moanalua Valley) today.

Tina matildo botelho said…
i am laso johnatny chu chu needles gilman line h had daughters that married brickwood which i am trying to find out if my mom was tellig me the th that who i am is for real because my mom told me when s young not to say who i wasannow weare sold out so i wanted t know ami really who i am.

Tina matildo botelho said…
charls ano this is tina my great grandmother is louisa kalahikiola, connie reffered you to me
she married a james kimonele gilman. my grandfather failies is kapahu kekoa and k. that sarah kapahu kekoa is my families, my real blood line iskewalo and kane and also puukana, can you tll me there first names of hanah kane andher father kewalo and mom is puukana i do noknow the first names of my families icme from the first hanakahi auny mary and fenella is the second hanakahi. my moms hlf sister and mom i neeed help it info.

Tina matildo botelho said…
i come from the fist and second line of the queen emma line i come from a bolyn family.

Tina matildo botelho said…
disregard all my other messages i got that partalready i am trying to finsh up my real royal blood line.

Tina matildo botelho said…
chares i talked to a lady on face book s refered mback to you well my realgreat grandmother is caroline kawaha , i am the second linage to emma silva she married a joesoph kawaha, my grandfather mom is hannah kane and dad is daniel hanakahi Sr., caroline aiana kawaha is my family so i wanted to know my kewalo side and my puukana side do you know any thing