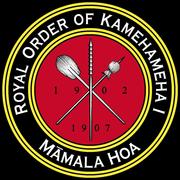 Created by the Royal Order of Kamehameha I, Mamala Hoa (Hilo Chapter) for members of the Royal Order (all chapters), friends, associates, and supporters to connect, communicate, and network.

to the royal order

You need to be a member of Royal Order of Kamehameha I, Mamala Hoa (Hilo Chapter) to add comments!

Comment by Tina matildo botelho on July 17, 2009 at 3:47pm
good you folks started some thing like tis i can go over the people ad this govern men tand state because i have alot of say tro what hbis people has done to me and the people of hawaii you know what it hurts to see my own family and people go through shit they did not have to go through in the first place i know my mom wasalive she tell me fight for my rights and i not scared of no one not even the government or state because the y have my money and also the people who say they are campbells you not so before you ever go up and say you one real campbell then how come yourlast name is not gilman full of itmy god is stronger than your trouble yuhave causeus in this democracy with the state and washington and all of this political nonscence god did not wanted it this way he said no war you had wars your prople excluded us when we wantedto bring the real god to you dfolks syou know what i am from the real rose line and i am the real blood line o our lord jesus christ and yes i never had an uncle name sam i hav e a relatve called jesus christ my savior andhe talks truth what you brought to my kingdom is all lies.

Comment by Rev.Theresa on March 13, 2009 at 10:53am
Aloha, maybe someone can help me. Last Saturday my BF and flew to Oahu to march at the Candle Light Vigil at the State Caption. I went over as Minister to represent the Hawaiian people and in honor of our Madame Pele. KITV was there. They wouldn't let my speak and I was very sadden. But where there a will theres a way. I want to go in front of our Senate and speak for the People of Hawaii. I love Hawaii and promise to alway speak for the People of Hawaii. I have a very strong and it need to be used. How do I speak face-to-face with our people who run this state?