The following timeline shows the documented moves headed by a bankrupt, corrupt nation operating on an Illegal Banker's Constitution of 1877 - a Pirates Law, the One World Order Moves, which fails to follow Rules of Law, the Treaties which affects the U.S. Constitution:

1822 - Secret Treaty of Verona signed by Austria, France, Prussia, Russia, the Vatican (complemented for maintaining 'obedience among the people', England and the United States.

▶ 4:32
https://www.youtube.com/watch?v=_UBXHSFr4bw
Jan 16, 2009 - Uploaded by ForgottenHistoryUSA
written in 1919 by Senator Owen, where he again warns of the Secret Treaty of Verona. Senator Robert L ...
1843 -  The Kingdom of Hawaii/Hawaiian Kingdom was recognized as an independent nation by the United States, France, England, etc.  It is a Constitutional Monarchy based government and became part of the 'Family of Nations' under the Law of Nations.
1848 - Land Laws documented as the Mahele - a sharing was made by Kamehameha III - Kauikeaouli.
1849/1850 - Treaty of the Kingdom of Hawaii/Hawaiian Kingdom and the United States of America signed and ratified by Kamehameha III - Kauikeaouli and for his heirs and successors with U.S. President Zachary Taylor made.
1877- A Secret Banker's Constitution made to "usurp the American people" documented by Whistleblowers Karen Hudes - World bank, Vladimir Putin of Russia, and Alana Fleischmann of J.P. Morgan bankers.
Reference:

News from the Hawaiian Kingdom: Brief Pirate History In The ...

Diary: One World Order Background or The Dark Forces Secrets ...

Premeditation to assume the Kingdom of Hawaii was planned by treasonous persons, conspirator's who were part of the 1/3 part of the government, the temporary, voted in entity of the Kingdom of Hawaii.  With the aid of the U.S. Congress, and former American Civil War General Benjamin Harrison moved to assume Hawaii's lands, minerals, water, monies because the U.S. was bankrupt.

Instructions to take over Hawaii and "to not mention the troops" was made by Congress who acted under the dictates of U.S. President Benjamin Harrison.

Annexation was not made.

EVIDENCE: The Army, Navy, and Federal Officials Did Have a Part In ...

U.S. President removed the Annexation move.   He wrote two letters:  (1) to his friend Sanford B. Dole, a treasonous person and (2) a letter giving Hawaii back to Queen Liliuokalani and placing her back on the throne.

amelia-gora.blogspot.com/2016/11/november-2016-update-brief-summary-of.html
Nov 6, 2016 - U.S. President Cleveland Gave Hawaii Back to Queen Liliuokalani before he ... The Treaty of 1849/1850 continues and Article XIV was invoked which gives ... Amelia Gora The films of Williamson Chang were made in March ...

amelia-gora.blogspot.com/2011/11/queen-liliuokalanis-issues-remained.html
Nov 3, 2011 - Queen Liliuokalani's Issues Remained With the U.S. President ... 1893 - http://libweb.hawaii.edu/digicoll/annexation/protest/liliu3.html ... Some of my subjects, aided by aliens, haverenounced their loyalty and ... The First Democrat elected after the Civil War, Grover Cleveland .... back to Queen Liliuokalani.

amelia-gora.blogspot.com/2017/07/kingdom-of-hawaii-records-no-2017-0714.html
The following article shows the bankrupt status of the United States: ... 1897 - U.S. President Cleveland Gave Hawaii Back to Queen Liliuokalani and had put it ...

PRESIDENT CLEVELAND GAVE HAWAII BACK TO THE QUEEN IN ...

maoliworld.ning.com/forum/topics/president-cleveland-gave?commentId...
Note: This article will open in PDF format. ... "Mr. Cleveland had put himself on record by giving Hawaii back to to Queen Liliuokalani, and now proposes to give the Phillippines back to Aguinaldo." .... society ; www.iolani.wordpress.com ; www.ameliagora.wordpress.com and http://myweb.ecomplanet.com/GORA8037 ...

The United States dealt with countries who had treaties in effect.  Only these countries were recognized as independent nations.  Examples are England, France, Spain, etc.

Note:  It was U.S. President McKinley who PROCLAIMED Hawaii to be a territory.  The fact remains that U.S. President Grover Cleveland Gave Hawaii Back twice:  the first time in 1894, and the second time in 1897.

The American Empire dealt with territories who had no treaties.  Examples are the Philippines, Cuba, etc.

The Antiquities Act of 1906, (Pub.L. 59–209, 34 Stat. 225, 54 U.S.C. § 320301–320303), is an act passed by the United States Congress and signed into law by Theodore Roosevelt on June 8, 1906. This law gives the President of the United States the authority to, by presidential proclamation, create national monuments from federal lands to protect significant natural, cultural, or scientific features. The Act has been used more than a hundred times since its passage. Its use occasionally creates significant controversy.

Note:  Identity Theft is documented because the Royal Families existed and made up 2/3 of the Hawaiian Government.

According to the World Heritage Convention, a committee member's term of office is for six years, however many states parties choose voluntarily to be Members of the Committee for only four years, in order to give other states' parties an opportunity to be on the committee.[2] All members elected at the 15th General Assembly (2005) voluntarily decided to reduce their period of term of office from six to four years.[2]

1993 - U.S. President William Clinton Admitted to the crimes of assuming a neutral, friendly nation and admitted the U.S. involvement in supporting the usurpers of Queen Liliuokalani, admits the Premeditation by the U.S. who has several Treaties.

Note:  Apology was Not accepted by the Royal Families.

Illegal activities continue in the Hawaiian Islands by aliens who cannot claim ownership to lands conveyed by Kamehameha III - Kauikeaouli, the Sovereign of our Constitutional Monarchy government which was recognized by other nations, the United States, France, England, etc.

Our Hawaiian archipelago is made up of 133 Islands and recognized by the Russians during the time of Kamehameha who was recognized as the King of a Monarchy government in 1810.

The exposure of the facts found in history reveals that Hawaii was Never Annexed, U.S. President Cleveland Gave Hawaii Back to Queen Liliuokalani twice:  In 1894, and then again in 1897.

Since the time of U.S. President McKinley who criminally PROCLAIMED Hawaii to be a territory of the United States, which illegally placed Hawaii in the American Empire dealing with territories which did not have the status of other nations who had treaties.

The Treaty made in 1849/1850 by Kamehameha III - Kauikeaouli and ratified by him became a permanent contractual agreement between two recognized nations.  U. S. President Zachary Taylor also signed the permanent, amity, and Friendship Treaty which superseded the U.S. Constitution, the true Constitution of the period.

Any Constitution other than the known Constitutions such as the illegal "Secret Banker's Constitution" is not applicable to the contractual legal agreement between a Leader of a nation to a Leader of the other nation.

Additionally, piracy/pirating clause is an added clause documented in Article XIV of the permanent, amity and friendship treaty which was agreed to by leaders of both nations.

The illegal business of proclaiming a foreign nation since the time of U.S. President McKinley remains illegal.

There is No Treaty of Annexation, only deception, alien occupation, alien squatters sitting on Private Properties of our Royal Families, and subjects of the Kingdom of Hawaii/ Hawaiian Kingdom.

The Secret banker's Constitution, an illegal claim supported since the time of U.S. President McKinley appears to have been a reason for his demise by assassination.

Continued claims based on U.S. President McKinley's illegal activities affecting a Constitutional Monarchy remaining, legally in place because of U.S. President's legal moves in returning Hawaii to our Queen Liliuokalani means that the Kingdom of Hawaii / Hawaiian Kingdom is legally here in the eyes of the World.

As one of Kamehameha's descendants/heirs, I maintain that the United States and others cannot own alodio lands which was conveyed by Kamehameha III - Kauikeaouli to himself, his heirs and successors.

Kamehameha III - Kauikeaouli allowed aliens to have only Fee Simple or less than Alodio.

The Apology Bill was an apology intended to give some credence to the illegal acts of premeditation, piracy, pillaging, genocide activities, fraud, corruption to be forgiven, and all proclamations made to be freely spent, and yet the unlawful, illegal acts were admissions of crimes against a neutral, friendly nation in the middle of the Pacific with evidence of wrongs and recognition of evils by a bully nation, a pirating, terrorist, bankrupt, corrupt nation now documented.

The activities of a pirating entity with a foundation of lies leads to the fact that it is in a barbaric status - rape, pillaging, pirating, fraud, racketeering, genocide, promoting lies, living lies, indoctrinating all in the World.

The Kingdom of Hawaii/Hawaiian Kingdom is and remains a civilized status nation because of our ongoing status as a neutral, friendly, non-violent nation, and which is why there are ongoing activities to destroy our nation's documents currently active in the Archives, Bureau of Conveyances, etc. even today.

Opposition to the United States Proclamations over our Hawaiian archipelago and moving to rename it to a National Monument remains.

"The joint resolution could not acquire Hawaii.  Moreover, it was unconstitutional.  Justice Scalia's comments are evidence of the pervasive and widespread falsehoods as to annexation that have spread to the highest political and judicial offices in the United States.  The myth of annexation is a deliberate deception that has oppressed the people of Hawaii for 122 years."

Author's Note:  Proclamations by U.S. Presidents claiming Hawaii are deceptions and cannot be conjured up when applications of Laws exists, which is why the U.S. operate on barbaric moves contrary to Truth.

The Plundering Upon Innocents continues in Hawaii today.  Our people are surrounded by pirates, pillagers, aliens who are Not the alodio/alodial land owners, the mineral, water rights owners, lien holders, gold bullion, monies, "Coins of the Realm" owners.

Reminder:  The entity Territory evolved into the State with documented oppositions are Identity Thieves assuming themselves to be the "successor of the Kingdom of Hawaii" and they are not.....because they are not related to our Royal Families.  Fraud, Conspiracies, piracies exist, etc. well documented today.

Reminder About Truth by a well known Leader:

https://www.brainyquote.com/quotes/quotes/m/mahatmagan137654.html
Mahatma Gandhi Quotes. "Even if you are a minority of one, the truth is the truth."
aloha. 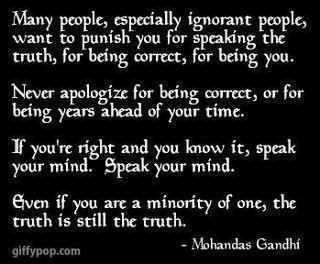