So what does the UN declaration signed by NZ mean


It is therefore important to point out that the Declaration has set out standards and principals by which the State (i.e. the NZ govt) should engage with indigenous communities and acknowledges the right for indigenous peoples to manage their own affairs via their own institutions and engage with the State in a way which reflects their own indigenous structures (as long as these structures are democratic and transparent). 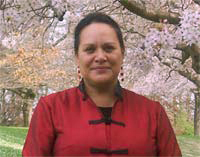 TangataWhenua.com asked Aroha Te Pareake Mead, Senior Lecturer in Maori Business, Treaty of Waitangi, Maori Resource Management and Indigenous Cultural & Intellectual Property issues at Victoria University and Chair of the Commission on Environmental, Economic and Social Policy, what she felt mainstream media was missing and she had this to say;

Endorsing the DRIP was something NZ simply had to do, not just in terms of demonstrating good faith to Maori, but also in terms of showing to the 450 million indigenous peoples of the world that NZ acknowledges their human rights.  Hopefully this action will finally bring to an end the ignorance that some people hold on to,by refusing to acknowledge that Maori are indigenous peoples, and as such have RIGHTS in both national and international laws.

There was also an interesting interview on Radio NZ’s 9-Noon programme with Catherine Ryan. She spoke with Sir Edward Taihakurei Durie, former Waitangi Tribunal chairman and High Court judge about the implications of NZ signing the UN DRIP.  Among many important points he reminded us that this document is about engagement between the State and Indigenous communities and its interpretation will influence how it is used: 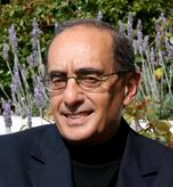 Professor Durie suggested that if you interpret these issues from a...

So what could it mean for Aoteaora,  it will have real and direct influence in the sense that it provides a basis for interaction, communication and engagement.

A key point which emerged was how often people put more weight on legal documents when what we find is that documents which create a basis for values, i.e. how to treat one another are far more influential and long standing.

It’s not a legally binding document, it’s an aspirational document.

It provides a very good way of looking at the world and how we relate. It’s having the guidance that is extremely important. We tend to think that the only things that count in the world are legal documents, rules and regulations that prescribe for us how to behave. That’s not in fact how things are, the greatest sanction in the world is having certain values and standards by which we conduct our own life. So, the thing that has had the probably the greatest effect upon the Western world over the last 2000 years, has been, say the Bible.

It set out a moral cobra, it’s entirely aspirational, it had huge influence over how people related one to another, it set impossible standards, it said you all have to love one another… so while there are all sorts of things that prevent people from achieving those objectives but it’s setting out those

sorts of things which we should aim for. And that is what this Declaration does, that is its great strength, it is not legally binding, it’s not going to tie us up but it gives us an idea of the sorts of things we should be aiming for.

Only yesterday the US signalled their decision to revisit their pos...President Obama is deeply committed to strengthening and building o...“. This leaves only Canada left to sign after Australia changed sta...

Permalink Reply by Sharon Spencer on April 25, 2010 at 12:56pm
Alright Pita Sharples for signing the UN Declaration on the Rights of Indigenous Peoples on behalf of the Maori people of NZ. And though not a legally binding document it is aspirational....It gives us hope....

Permalink Reply by Pomaikaiokalani on April 25, 2010 at 4:12pm
ALOHA Kakou, The signing of the UN Declaration on the Rights of Indigenous Peoples will be as Binding as the Indigenous People of NZ want it to be. No more, No Less. KUE, o Pomai

Hawaiian Kingdom delegation at the UNPFII

Our concern is that it weakens rights, waitangi reflects much more vast rights for maori people. If you are now "Indigenous" and under this vague declaration you may or may not get justice. Article 28 really serves to undermine the ownership of the land. If you are added rights to existing ones I have no problem with it, but it is unlikely colonial powers will choose to observe the stronger construction.

Unfortunately there is a very small delegation from Aotearoa and I haven't seen them for days. In the Hawaiian case we have clearly defined vested rights to the Land, sea and air. Criminal action on the US part is the problem. We seek to protect our indigenous Hawaiian rights that the Hawaiian Kingdom has already secured. to leave that understanding for a vague one scares the heck out of me.

We can watch and see how maori people do under the new agreement and hope that their future is secure.

Permalink Reply by Pomaikaiokalani on April 27, 2010 at 11:15pm
ALOHA Kaua, e Kai, I've always said that all the laws out there are in favor of our people. The State of Hawaii Legislature passed a State Resolution recognizing the UN Declaration for the Indigenous Peoples of the World. As for the UN Declaration not being Binding, so are the 10 Commandment are not Binding.
No Laws are as Binding as the Laws of the Hawaiian Kingdom protecting the rights of
our indigenous Hawaiians and our Ohana. Our Ohana who have come from all over the world to be of our Inherent Sovereign Heritage.
Long Live The Hawaiian Kingdom, o Pomai

Permalink Reply by Kai Landow on April 28, 2010 at 1:15am
That is why I am here at the UN to protect those inalienable rights from being abridged. The Hawaiian Kingdom is foundation and its laws will create our restoration to our rights.

Permalink Reply by Sufferahsmusic Media Prod on June 20, 2010 at 9:43pm
please watch videos for a chance to win prizes and contest
clik on advertisers links to win
not responsible for contest rules or game play