Note:  Although Dennis Kaulia had some good arguments, no one can dismiss the facts that he was one of Kaumualii and Namahana's descendants/heirs.....................
Background:
Dennis Kaulia was a Royal person not subject to the laws.  He was a step child's descendants of Kamehameha because his ancestor was Kaumualii who was also married to Kamehameha's wife named Namahana/Piia.  She was the sister of Kaahumanu, and Kaheiheimalie/Hoapiliwahine. 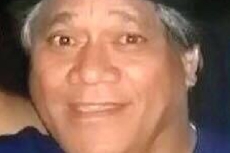 by Sera Kaulia1,276 Facebook Friends $1,085 raised by 12 donors
More on his ancestors:
Dennis Kaulia raised a lot of issues, was a very angry person but he had been warned to not do threats against his sister and myself by the Maui Police Department who helped the Honolulu Police Department and Mayor Kirk Caldwell.
He was involved in maintaining that the Kingdom of Hawaii/Hawaiian Kingdom exists.
As with all kanaka maoli raising the issues of the Kingdom of Hawaii/Hawaiian Kingdom existing, the identity thieves - State of Hawaii which evolved from a treasonous based entity Provisional Government to Republic of Hawaii, then Territory (of Hawaii)/of Hawaii which is on record as being "the successor of the Kingdom of Hawaii".,   See PA PELEKANE Case, First Circuit Court, HAWAIIAN REPORTS of 1912 for evidence.  The State of Hawaii became a State through the executive order of U.S. President Dwight Eisenhower in 1959.
All kanaka maoli since 1893 have been under duress, stress, usurpation, coercion, intimidation.
The State of Hawaii based on identity theft, etc. has done multiples of injuries on kanaka maoli over time and Dennis Kaulia is an example of the criminal behavior against one of the true land owners, one of the true Royal persons who are Not subject to the laws documented.  Reference:  Victoria Kamamalu Probate, First Circuit Court, etc.
Similar to Greg Wongham, a Whistleblower who was killed /MURDERED by suspected individuals including Judge Ezra who left the islands shortly after Greg Wongham was killed/Murdered....Ezra continued his work from an undisclosed location................He had ordered that Greg Wongham remove his website from the Internet...........Bobby Harmon, another Whistleblower, former Bishop Estates employee turned Whistleblower and also turned up dead........killed/murdered........and he too had a lot to say about the criminal deviants in the Hawaiian Islands......websites:

Tane Inciong - Some of this action had been going on in...

https://www.facebook.com/tane.inciong/.../635027886514908?...
see Greg Wongham's website which was removed because of EZRA ... found this other interesting website too: http://www.sovereigntyintelligenceservice.com/.

www.imdb.com/name/nm0363553/
Internet Movie Database
Robert Harmon, Director: The Hitcher. Robert Harmon attended film school at Boston University and worked for many years as a still photographer prior to ...

whistleblowerwebsite.blogspot.com/.../hawaii-bobby-harmon-part-1.html
Sep 22, 2014 - Bobby N. Harmon-Exhibit: "Ex-trustee Peters sues trust's former ...... that of all others who published their opinions in The Catbird Seat website, ...

Updated Chronological History of Our Queen Liliuokalani by ...

maoliworld.ning.com/.../updated-chronological-history-of-our-queen-lili...
Jan 6, 2015 - 1 post - ‎1 author
researched and compiled by Amelia Gora (2015), one of Kamehameha's ... The following documents/information is evidence of the piracy, pillaging, stress ... 1897 -Opposition to Annexation by the United States made by Queen Liliuokalani and ....Amelia Gora posted on Russia Today: my comment posted:

maoliworld.ning.com/.../legal-notice-opposition-to-abercrombie-criminal...
Feb 27, 2012 - Now, to get back to the above posted document, $5,000 was made available for ..... 2012 -0016 Recorded Info and Personal Note from Amelia Gora .... ribbon document" opposition to Annexation by Queen Liliuokalani which ...

hawaiiankingdomnews.blogspot.com/.../legal-notice-reminder-that-quee...
Jun 12, 2015 - Amelia Gora, Royal Person, Royal Family Member, One of Kamehameha ...... Opposition to Annexation was made by Queen Liliuokalani in 1897 and supported by her 40,000 supporters. .... The following documents/information is evidence of the piracy, ..... The following article was posted on Facebook, etc.

kingsqueens-hawaii.blogspot.com/.../queen-liliuokalani-kamakaehakaeha...
May 17, 2015 - Queen Liliuokalani is placed back on throne as "Queen for A Day"; ... Illegal contracts made Null and Void by Acting Liaison of Foreign Affairs - Amelia Gora...... b) Documents of the Annexation Opposition signed by Queen ... See the article Pearl Harbor Coaling Station article which was posted above.

Diary: The Royal Families In The Hawaiian Islands and the ...

tribunalaffairs.blogspot.com/.../tribunal-cases-queens-hospital-queen.html
Sep 17, 2014 - Research shows that I, Amelia Gora and many others are descendants of ... The Constitution of the U.S. /U.S.A. documents that the treaties are the laws of the land . ..... 1897 - Queen Liliuokalani opposed the Annexation to the U.S. The trueopposition ..... Opposition to DOI Department of Interior posted pu.

https://sites.google.com/.../exposing-criminals-ksbe-trustees-goldm...
1897 - Queen Liliuokalani opposed the Annexation to the U.S. The true opposition... to the State of Hawaii, et. als., posted on the worldwide web over time as well. ... Schools Bishop Estates Trustees and hereby document that I, Amelia Gora, ...

Mahalo Amelia.  This is one of your most intriguing topic and collection of references.   Much to think about.